A Preliminary Analysis of U.S. and State Level Results From The 2020 Census

Get Started With Census Data

What is the Decennial Census?

A census is a complete count of a population, generally a nation, conducted by government, as of a fixed date."

The United States Constitution (Article 1, Section 2) mandates a decennial census for the purpose of Congressional apportionment. The first Census was conducted in 1790 and counted only heads of household. Over time the Census has expanded to count every person in the U.S. including information on their age, race, and ethnicity as well as a variety of social and economic characteristics.  While there are undoubtedly portions of the population that go uncounted, it is the closest we have to complete demographic and economic data on the U.S. population.

Questions change from Census to Census (sometimes dramatically), which means that the statistics available change from decade to decade. The easiest way to find out what information is available for a specific Census is to look at the Census questionnaires. If the question wasn’t asked, the information isn’t available. It’s that simple. For copies of the original Census Questionnaires since 1790, see the Census publication Measuring America: The Decennial Censuses from 1790 to 2000. It is also available in print at the Library.

Between 1970 and 2000 the Decennial Census included a “short form” with questions answered by every household in the country (a census), as well as a “long form” that is answered by about 1 in 6 households (a sample). The Census Bureau began using sampling in 1940 and experimented with various methods in the 1940, 1950, and 1960 Censuses.  Questions on the short form (age, race, etc.) are the basis for the Census 100% data (available in Summary file 1 & 2). Questions on the long form (education, income, housing, etc.) are the basis for the Census sample data (available in summary file 3 & 4). The 2010 Census did not include a long form; instead, sample data previously collected on the long form is now collected regularly through the American Community Survey (ACS).

The two resources below are the most comprehensive collections of decennial Census/ACS statistics. Social Explorer, which is restricted to NU affiliates, is simpler to use than American FactFinder and includes historical data. American FactFinder, a product of the Census Bureau, is freely available on the web.

Most references to "the Census" pertain to the decennial Census and the American Community Survey, which compile demographic and housing information about the U.S. population.  Three other censuses, conducted by the U.S. government every five years, focus on collecting economic data. 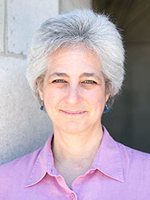