Northwestern University Libraries have been a U.S. Federal Depository Library since 1876. Our collection includes materials in paper, microfiche, CD-ROM, DVD formats and online formats. This guide is based on a similar guide by Kelly Smith at UCSD. 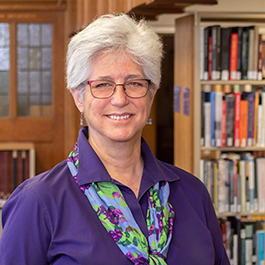 Most government publications are located in Room B190 on the lower level of the University Library. Some documents are housed offsite at the Oak Grove Library Center in Waukegan and may be requested using NUSearch for delivery to NU Libraries in Evanston or Chicago. Call numbers for government documents published after 1976 may be found by using NUSearch and many items may be checked out.  Since a significant proportion of the collection is not yet represented in NUSearch, contact library staff for assistance at govinfo@northwestern.edu

The majority of government publications at the NU Libraries are housed in the University Library, Lower Level, Room B190, which is not staffed.  Materials are in various formats, e.g. print, microfiche, CD, DVD, and VHS tapes.  Appointments for assistance can be made by contacting govinfo@northwestern.edu

Some government publications are stored off-site in the Oak Grove Library Center which will be indicated in, and can be requested using, NUSearch.

Call Numbers in the Government Collection

U.S. Federal government publications are arranged by the Superintendent of Documents (SuDocs) call number system. The SuDoc system is a provenance arrangement—publications are organized by the issuing agency. So, A call numbers are for the Department of Agriculture, C is Commerce, D is Defense, T is Treasury while TD is Transportation, and so on. There are, of course, exceptions to the straightforward assignment of letters: X and Y are used for publications from various Congressional committees and commissions.

SuDoc numbers do not read as a decimal, the way Dewey and Library of Congress (LC) numbers do. Instead, the numbers before and after the dot are whole numbers. So, while D 19.18 would come before D 19.3 in LC order (because it reads as 19 point one eight), it comes after D 19.3 in SuDocs order (because it reads as 19 point eighteen). See SuDocs Basics provided by Michigan State University Libraries for more guidance.

A very basic break-down of a SuDocs number:

Publications of the State of Illinois, the cities of Chicago or Evanston, or Cook County, reference works about maps and government information, and some atlases are classified with the Dewey Decimal call number system, which puts materials together by subject.

Flat maps in the locked map cases are organized using the Library of Congress G schedule.

NU Libraries uses the United Nations Document Symbols for organizing publications from UN agencies which we received in print and microfiche formats prior to 2012.