The following links are to resources on the Internet with further information about Holocaust studies:

"Yad Vashem, the Holocaust Martyrs' and Heroes' Remembrance Authority, was established in 1953 by an act of the Israeli Knesset. Since its inception, Yad Vashem has been entrusted with documenting the history of the Jewish people during the Holocaust period, preserving the memory and story of each of the six million victims, and imparting the legacy of the Holocaust for generations to come through its archives, library, school, museums and recognition of the Righteous Among the Nations.

"Located on Har Hazikaron, the Mount of Remembrance, in Jerusalem, Yad Vashem is a vast, sprawling complex of tree-studded walkways leading to museums, exhibits, archives, monuments, sculptures, and memorials." Resources include the Archive collection consisting of thousands of video and film testimonies of survivors, some 62 million document pages, and more than 265,000 photographs; Library containing over 90,000 titles in numerous languages, accessible only on site and one of the most significant Holocaust library collections in the world; and the Hall of Names, which contains the "Pages of Testimony" with names and biographical data on 3.2 million victims so that they will be remembered as individual human beings and not merely numerical statistics.

An incredibly detailed online resource that covers a vast range of topics on the history, documentation, research, and interpretation of the Holocaust and ongoing acts of genocide such as Darfur, Sudan. The USHMM is the US memorial to the millions of people murdered in the Holocaust. Online resources sections on history, the Museum, education, research, remembrance, conscience, membership, and numerous online exhibits. Examples of some of the USHMM electronic resources: the USHMM Library's online catalog, bibliographies, the Center for Advanced Holocaust Studies (geared to researchers, scholars, and university students, Speakers Bureau, Holocaust Encyclopedia, interactive public programs, photo essays, and numerous others.

A unit of Yale University's Sterling Memorial Library Manuscripts and Archives, this video archive contains more than 4,200 interviews with Holocaust survivors and other witnesses including rescuers, resistants, and liberators. Access is on site only, but the catalog of interviews and excerpts from selected testimonies are available online.

"Since the project began in 1981, Dr. Sid Bolkosky, Professor of History at the University of Michigan-Dearborn, has interviewed nearly 180 survivors of the Nazi Holocaust of the Jews. These testimonies are recorded in over 200 audio and video taped oral interviews for over 650 hours of recorded histories. Once transcribed, interviews are entered into the online catalog of the Mardigian Library. Additional interviews are being transcribed and made available."

Yizkor books [English: memorial books] are very valuable research resources on the Holocaust as they contain the histories, biographies, statistics, and other documentary evidence--in many cases, the only comprehensive data and text on the Jewish communities of Europe destroyed by the Nazis. Yizkor books also often contain the Jewish history of these cities, towns and villages before, during, and after the Holocaust. This incredible digital, full-image/text resource contains "650 of the 700 postwar yizkor books at The New York Public Library are accessible online in their entirety."

A major Holocaust resource, "The Simon Wiesenthal Center is an international Jewish human rights organization dedicated to preserving the memory of the Holocaust by fostering tolerance and understanding through community involvement, educational outreach and social action. The Center confronts important contemporary issues including racism, antisemitism, terrorism and genocide and is accredited as an NGO both at the United Nations and UNESCO." Breaking news reports, full-text versions of SWC publications, digital archives (password protected), and others are available. Among related sites is the Museum of Tolerance that focuses on the history of the Holocaust as well as racism and prejudice in the USA.

Official Site of the Auschwitz-Birkenau Memorial and Museum in Oswiecim,
Poland
http://en.auschwitz.org.pl/m/

The site dedicated to preserving the history of the most notorious of the Nazi death Camps, Auschwitz-Birkenau, "a symbol of terror,
genocide, and the Holocaust." The web site covers the history of the Auschwitz Concentration Camp, including the establishment and expansion of the camp, total number of victims and their places of origin, and liberation; how the museum is structured; commemorations of the 60th anniversary of the liberation of Auschwitz; and a searchable database, Death Books, containing the names, birth and death dates, birthplace, place of residence and religious affiliation. Web text and searching capabilities in Polish, English, and German.

The March of the Living
http://www.motl.org/

The March of the Living is an international program that takes teenagers on guided visits to sites of concentration camps, ghettos, other killing sites, deportation areas, and memorials in Europe with the aim of educating the participants on what the lessons of the Holocaust are and to make sure that such horrific actions will never recur. Photos of past and recent marches are linked to the site.

Links to over 90 Holocaust sites. 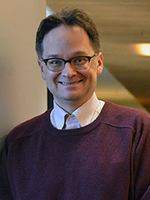