After the terrorist attacks in the United States of September 11, 2001, the Western world became familiar with Islamist terrorist groups in the Middle East. These include groups such as Hamas in Isreal and Palestine, Hezbollah in Lebanon and al Qaeda in Iraq and Yemen. Since the years of 9/11 similar groups have developed and spread to other regions of the world. In Africa, such groups include:

With the April 2014 kidnapping of almost 300 female students from a girl's school in Chibok (located in northern Nigeria), the international community turned its' gaze upon Nigeria and Boko Haram. This guide documents U.S policy and concerns with regard to Boko Haram activity and Nigeria's security and stability as a country. It identifies resources that provide background/Congressional information, books and visual resources on Boko Haram and databases where further information can be found on terrorism, terrorist groups and the stability of the African continent.

Designated as a Foreign Terrorist Organization (FTO) by the U.S. Department of State on November 14, 2013, Boko Haram (which refers to itself as “Jama‘atu Ahl as-Sunnah li-Da‘awati wal-Jihad) was founded in the Muslim dominated area of northern Nigeria by then leader Mohammed Yusuf in 2002.  Boko Haram, which roughly translates to "Western education is forbidden" in Nigeria's local Hausa language, is an Islamic sect who has entered into a conflict with the Nigerian goverment, with the goal of creating a "pure" Islamic state by establishing Sharia law in Nigeria and eradicating Western influences from Nigerian culture.  While Boko Haram has focused its' efforts on a variety of targets such as schools, police stations, churches, government buildings, banks and newspapers, the general population of northeast Nigeria has borne the brunt of their attacks.  Boko Haram has also crossed Nigerian borders into Cameroon, Niger, and Chad in order to carry out illegal operations and evade authorities. 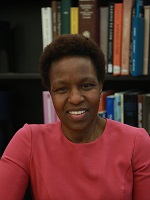