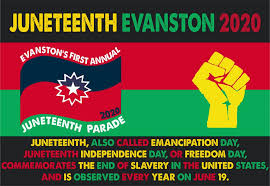 The life of Hecky Powell, barbecue master and civic leader, will be honored at this year's Evanston Juneteenth Parade.

​Hecky created his Juneteenth Strawberry Soda in honor of his great grandfather Forrest E. White, who was born into slavery. Read more about the food traditions that inspired this soda, and about Juneteenth celebrations, here. 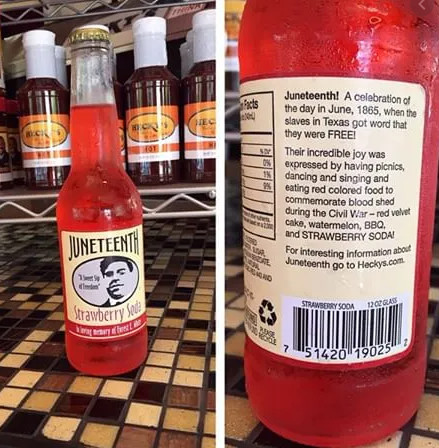 Other Local and Online Events

Search each of the Oral History resources below for "Juneteenth" to find firsthand recollections of Juneteenth celebrations and histories.

The African-American Studies research guide includes a number of additional oral history websites that may also be of interest in its Audio/Visual section.

Juneteenth dates back to June 19, 1865, when the news of the Emancipation Proclamation - which had been signed over two years earlier - reached Texas via military order proclaiming the freedom of all enslaved people. The name of the 155-year-old holiday comes from a combination of the words "June" and "Nineteenth," commemorating that date in 1865 on which 250,000 people in Texas gained their freedom. The first Juneteenth celebration was held the following year and is celebrated to this day across the United States, the oldest nationally celebrated holiday commemorating the end of slavery, according to Juneteenth.com.

As Henry Louis Gates writes, “In one of the most inspiring grassroots efforts of the post-Civil War period, they transformed June 19 from a day of unheeded military orders into their own annual rite, ‘Juneteenth,’ beginning one year later in 1866.” JSTOR Daily, "The Story of Juneteenth."

"It became “an occasion for gathering lost family members, measuring progress against freedom and inculcating rising generations with the values of self-improvement and racial uplift. This was accomplished through readings of the Emancipation Proclamation, religious sermons and spirituals, the preservation of slave food delicacies (always at the center: the almighty barbecue pit), as well as the incorporation of new games and traditions, from baseball to rodeos and, later, stock car races and overhead flights.” PBS, "What is Juneteenth?"

The celebration in Galveston culminates each year with a reading of the Emancipation Proclamation. Read the full text of the proclamation and see the original via the U.S. National Archives. https://www.archives.gov/exhibits/featured-documents/emancipation-proclamation

Read more about the history and continuing importance of Juneteenth:

The resources in this section are available in print or electronically through the Northwestern University Libraries.

Electronic resources can be accessed by any Northwestern user by logging in with a NetID and password. For resources available in print, please see information on book scanning and pickup services.

This is Why Juneteenth Is Important for America

Resources at Other Libraries and Institutions