Assignments on Hometown Research of the Civil Rights Movement 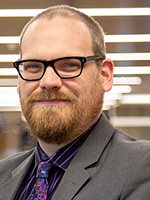 These four databases above in particular can be useful for finding newspaper articles from your hometown during the Civil Rights Era. Use a combination of the "Dates and Eras" and "Places of Publication" filters to zero in on your target. If you don't see your hometown listed as a place of publication, try using nearby towns.

For even more news sources, both contemporary and historical, be sure to check out the News page on the African American Studies Guide created by Kathleen Bethel.