Arabic Manuscripts from West Africa: A Catalog of the Herskovits Library Collection: Home

Our collection of Arabic script materials from West Africa contains over 5,000 items collected from Africa and donated to the library by several Northwestern professors.

Search our Arabic manuscripts in either English or Arabic (although not all fields contain information in both languages). To search in Arabic, you must enable the Arabic characters on your computer. For more search tips, see Cataloging Conventions.

Arabic Manuscripts from West Africa: A Catalog of the Herskovits Library Collection

The Melville J. Herskovits Library of African Studies at Northwestern University houses an important collection of Arabic script materials from West Africa. It contains over 5,000 items collected from Africa and donated to the library by several Northwestern professors. Original, hand-written manuscripts make up more than 60 percent of the content, which also includes “market” editions (photocopies of handwritten works that are often sold in African marketplaces), printed editions, and photocopies. Most are in Arabic, though some are in ajami—African languages such as Hausa, Fulfulde, and Wolof written in the Arabic script.

The collection unites an impressive concentration of works by West African authors, mainly from the 19th and 20th centuries, making it a unique and valuable resource for scholars interested in the production of Islamic knowledge in West Africa (for more information on this tradition, see “Historical Context”). It is especially strong in works from northern Nigeria (Kano in particular) but also includes items from Ghana, Senegal, and Mali. The works cover a wide range of subjects, including poetry, Arabic grammar, history, theology, Sufism, law, astronomy, and numerology. Highlights include the collection’s rich body of work on the Tijâniyya Sufi order, fine examples of Hausa poetry, and writings on medicine and healing.

Support for the initial cataloging of the collection in the 1990s was provided by the National Endowment for the Humanities. Between 2005 and 2007, the Andrew W. Mellon Foundation provided a grant to the Institute for the Study of Islamic Thought in Africa (ISITA) at Northwestern’s Program of African Studies to complete the catalog and make it web-accessible. 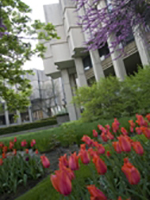