One Book One Northwestern 2013-2014: The Last Hunger Season: About the Author

Roger Thurow is the senior fellow of the Global Agriculture and Food Initiative at The Chicago Council on Global Affairs. Previously, he reported for three decades at The Wall Street Journal, twenty years of which he served as a foreign correspondent based in Europe and Africa. In 2003, he cowrote a series of stories on famine in Africa that was a finalist for the Pulitzer Prize in International Reporting. His first book, Enough: Why the World's Poorest Starve in an Age of Plenty, written with Scott Kilman, won the Harry Chapin Why Hunger book award and was a finalist for both the Dayton Literary Peaze Prize and the New York Public Library Helen Bernstein Book Award. Thurow is a 2009 recipient of the Action Against Hunger Humanitarian Award. He graduated from the University of Iowa.

Here is Roger Thurow's TedTalk, "The Hungry Farmer -- My Moment of Great Disruption."

Here is a posting by Thurow on his Chicago Council on Global Affairs blog, Global Food for Thought, following up on one of the families featured in The Last Hunger Season. 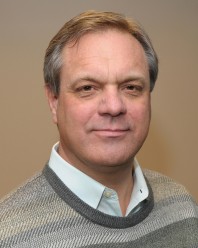