GIS for Transportation: Data and Maps 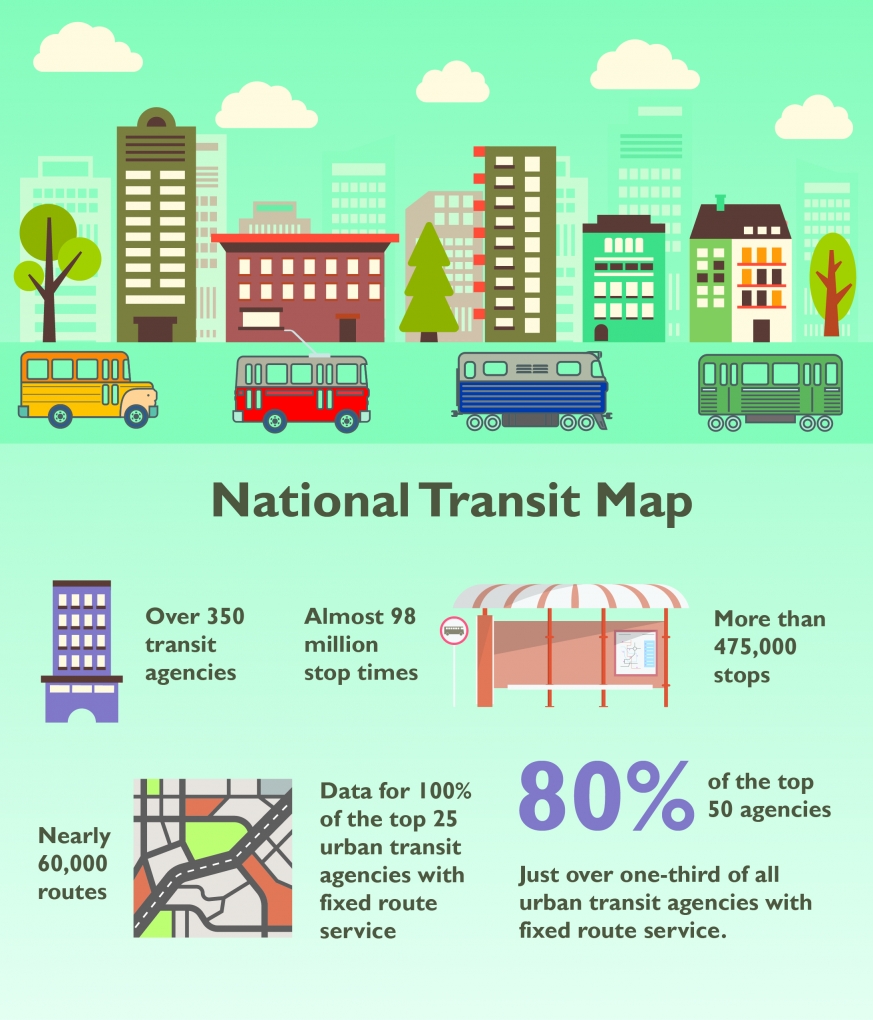 In the United States, transit ridership has grown by more than 20 percent in the last decade, reaching its highest levels since 1957. To keep track of the industry and provide public information and statistics as it continues to grow, FTA’s National Transit Database (NTD) records the financial, operating and asset condition of transit systems.

The Bureau of Transportation Statistics National Transit Map[external link] offers data from hundreds of transit agencies about their stops, routes, and schedules.