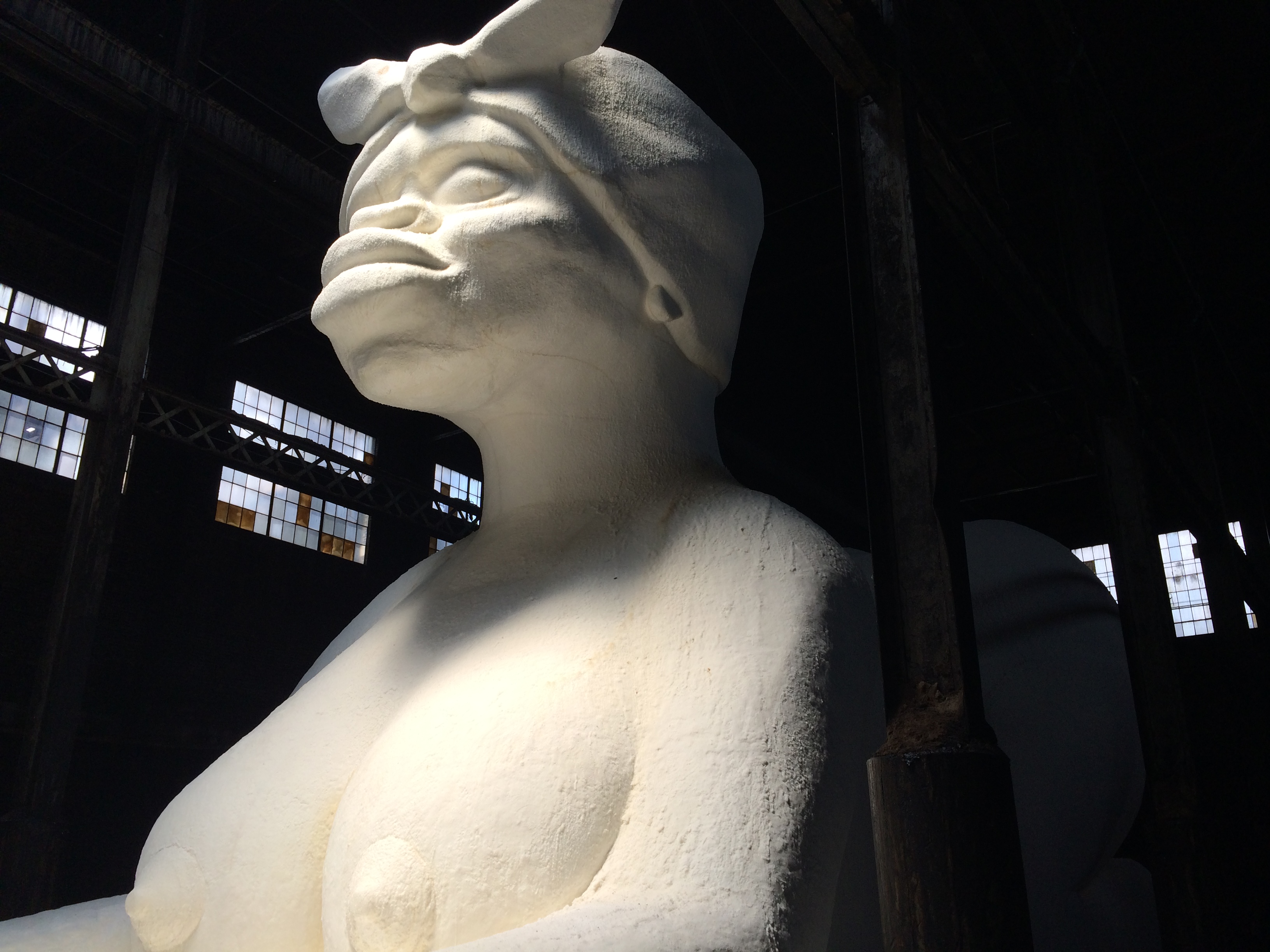 Kara Walker
A Subtlety, or the Marvelous Sugar Baby, an Homage to the unpaid and overworked Artisans who have refined our Sweet tastes from the cane fields to the Kitchens of the New World on the Occasion of the demolition of the Domino Sugar Refining Plant
Sugar, polystyrene, plastic, molasses
2014
New York City

Joshua Johnson was born circa 1763.
Martine Syms was born in 1988.
Both are artists.
Both are African-American artists.

In the span that separates Johnson and Syms are the lives and talents of other African-American artists—painters, sculptors, photographers, performance artists—whose work spoke to their times, their experiences, and their intrinsic identities.
In that span, while they spoke eloquently and forcefully through their art, their voices were very often not heard. If they were, they were often marginalized, or qualified, implicitly relegated to a lesser status. Artists, but not ARTISTS.
In that span they continued to work because, like the ARTISTS they were, a creative force compelled them, the same force that drove the favorites of the salons and the academies. Those artists owed their place to considerable talents, to be sure, but their fame was assured and expected by virtue of their race and gender.
In that span, too, society evolved, slowly and sometimes reluctantly. Now we realize that the binaries of male/female, or black/white are little more than artificial distinctions that have limited our view for too long, and hidden from view too much.
The books presented here consider those issues and explore the work of both historical and contemporary African-American artists. The critical reviews accompanying each selection offer an objective view and considered opinion on their art and their lives as ARTISTS.