One Book One Northwestern 2013-2014: The Last Hunger Season: About the Book 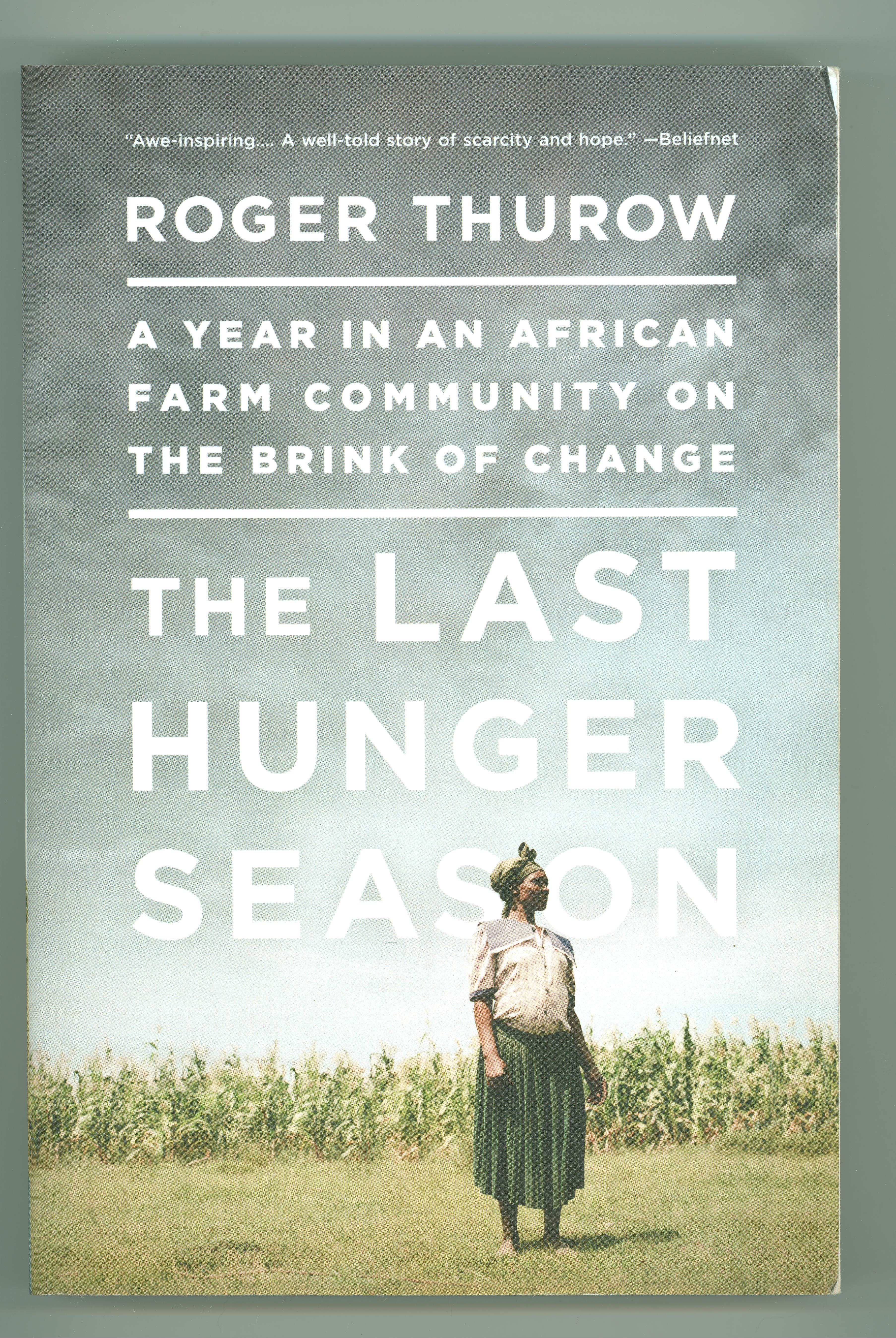 The Last Hunger Season: A Year in an African Farm Community on the Brink of Change by Roger Thurow is the 2013-14 One Book One Northwestern selection. The book chronicles a year in the life of four small-scale farmers in Western Kenya who, with help from a social enterprise organization founded by a Northwestern graduate, begin to transcend cyclical poverty and hunger.

(One Book One Northwestern)

African smallholder farmers, most of whom are women, toil in a time warp, living and working essentially as their forebears did a century ago. With tired seeds, meager soil nutrition, primitive storage facilities, wretched roads, and little access to credit, these farmers harvest less than a quarter of the yields of Western farmers and are plagued by hunger and malnutrition.

The dread of the “hunger season” – the time between harvests when the food supply has been depleted – prompted a group of farmers in western Kenya to change their fates. With the help of One Acre Fund, a social enterprise organization, these farmers are now adopting new farming methods as they are able to gain access to better seeds, soil nutrients, planting advice, and financing.

With support from The Chicago Council, the Bill and Melinda Gates Foundation, and the Skoll Foundation, Thurow spent a year following the farmers’ progress. The Last Hunger Season examines how the farmers, Africa, and a hungrier world will deal with issues of agricultural development, water usage, land ownership, foreign investment, new technologies, the changing role of women, and the politics of foreign aid.

Even now, 18 months after walking into that church during the first days of reporting my book The Last Hunger Season, the melody and the words still run through my mind.

The farmers were gathering for their first One Acre Fund training session of the new growing season.  For me, it was the opening scene of the year I would spend chronicling the lives of four One Acre Fund farmers, following their worries and dreams, their struggles and triumphs.  I would make seven trips in all to western Kenya. When I was gone, I couldn’t wait to get back, to see how Leonida, Rasoa, Zipporah and Francis were progressing, how their decisions were playing out, how their maize was growing.  I can truly say it was the most challenging, and most rewarding, reporting I have done during a career that includes 30 years with The Wall Street Journal.

Northwestern University Library is proud to support the campus conversation centering on this year's One Book, One Northwestern selection, The Last Hunger Season by Roger Thurow.  This guide brings together links to various events, and library and online resources about and supporting this selected book.